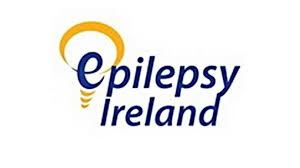 Join us for a fun, fundraiser Irish Sporting Legends night in Wanderers Clubhouse (beside Aviva) on Thursday 14th February, where we are hoping to raise valuable funds for for Epilepsy Ireland (much more craic than holding hands on Valentine’s night!).

Low.ie Operations Director, Sharon Doyle, tragically lost her husband suddenly following an epileptic fit. He was only 44 and they have two young children aged 10 and 3. As you can imagine it was a huge blow to Sharon and her family and one that they are still having difficulty coming to terms with. Her husband Neil had only been diagnosed with epilepsy some 18 months previously and had been working hard to deal with it.

As her colleagues we promised to do something tangible to show our support for Sharon. We feel a fundraiser for Epilepsy Ireland would give a huge lift to her as well as raise funds for a very worthy cause as I know many (including my extended family) who suffer from this cruel disorder.

Tickets are only €20 and we will have a raffle also on the night with some superb prizes.

There’s a stellar line up of Irish sporting legends encompasses all the codes and is as follows:

Tony Ward won 19 caps for Ireland between 1978 and 1987. He made his international debut against Scotland at Lansdowne Road on 21 January 1978 at the age of 23 and during the 1978 Five Nations Championship he scored 38 points, a record for a debutant. He made one major tour with Ireland, to Australia in 1979aand played his last game for Ireland on 3 June 1987 in a 32-9 win over Tonga during the 1987 Rugby World Cup

Ted is one of the most famous personalities in Irish racing as well as sire of leading national hunt jockey Ruby Walsh and recently retired leading amateur Katie Walsh.Himself a brilliant amateur for many years ( he won the Irish Amateur title 11 times) with 4 Cheltenham Festival wins – his record as a trainer is also top class. His biggest training feat to date was training Papillon to win the 2000 English Grand National and Commanche Court to win the Irish Grand National.

The GAA is built on tradition, and there is nothing more traditional in Gaelic Games than great family dynasties. Nowhere is this more apt than in Kerry.

Pat , Mick, and Tom Spillane hold the honour of the most All-Ireland Senior Football titles won by a set of brothers – 19 in total. Pat won eight, Mick won seven, and youngest sibling Tom won four. Mick played his club football with Templenoe  and was corner back on that famous Kerry team of the 1970’s and 80s. In addition to his All Ireland medals he is also an All Star.

Brian made his senior debut for Offaly during the 1989 championship and went on to play a key role for them during a hugely successful era for the team. He won two All-Ireland medals, four Leinster medals and one National Hurling League medal. At club level he won a record four All-Ireland medals with Birr, while he also claimed seven Leinster medals and twelve championship medals. Brian is widely regarded as one of the greatest hurlers in the history of the game. During his playing days he won four All-Star awards, as well as being the first person to be named Texaco Hurler of the Year on two occasions. He has been repeatedly voted onto teams made up of the sport’s greats, including at left wing-back on the Hurling Team of the Millennium in 2000.

Des  was won eight tournaments on the tour across four different decades and represented Europe in the Ryder Cup in 1979 and 1981, losing on both occasions to the United States. He also represented his country in the World Cup and the Alfred Dunhill Cup many times and was a member of the Irish team (alongside Eamonn Darcy and Ronan Rafferty) which won the latter in 1988. At the 2006 Ryder Cup, he was one of Ian Woosnam‘s vice-captains. Since turning fifty in 2003,  Des  has had a successful career in senior golf, winning tournaments on both the Champions Tour and the European Senior Tour.He is the only golfer to win European Tour events in 4 different decades.

Kevin is a former professional footballer who played as both a left back and a left winger. Born and raised in England but of Irish parentage, Kevin  won 110 caps for the Republic of Ireland national team, third behind only Robbie Keane and Shay Given as the most capped Irish player of all time. Kevin  played for several top English Premiership clubs, including Everton, West Bromwich Albion, Sunderland, Wigan Athletic, Huddersfield Town and Derby County (the last two on loan from Hull City) and Coventry City.

The format will be a fireside chat by our MC (Will O’Callaghan  of Newstalk/Today FM )  with the sportsmen, followed by a Q & A with the audience.

Tickets can be bought on the night or on Eventbrite.

We hope that you can join us on the night. 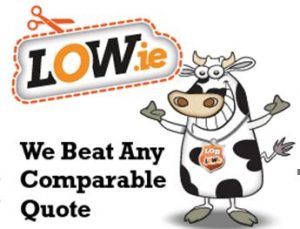