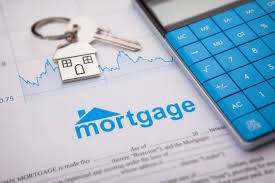 Current differential costs Irish consumers  €80,000 more on a €300k mortgage over 30 years than in euro area

As today’s Central Bank’s retail interest rates reveal a continuing gap, 1.47pc for July, between Irish and euro area mortgage holders, with Irish consumers paying this excess (2.82pc Irish versus 1.35pc euro area average), the writing may be on the wall for this high level of divergence, given the entry of more competition into the Irish market, Brokers Ireland has said.

Diarmuid Kelly, Chief Executive at the organisation, which represents 1,225 Broker firms, said: “We’ve been told by lenders that Ireland is different for a host of reasons, including having to hold bigger capital reserves, and this is the rationale as to why Irish lenders could not match the type of euro area rates that are more the norm. However, that is about to be tested with  the entry of competition from Avant Money already showing pressure for movement. The fact is, up to now, competition has been lacking in the Irish market. If the mortgage situation is bad the treatment of the SME sector is far worse, with Irish SMEs borrowing amounts up to €250k having to pay an excess of  over 3pc on their counterparts in the euro area,” he said.

In today’s Central Bank figures Irish SMEs are paying 4.95pc on new loans with SMEs in the euro area in general paying a substantially lower 1.91pc. On today’s mortgage interest rate data Mr. Kelly noted that Irish mortgage holders are paying a full 1.47pc more than their euro area counterparts. This differential costs Irish consumers  €80,000 on a €300k mortgage over 30 years. (See chart below for further detail on mortgage and SMEs loans and the impact of the differential).

He encouraged those who have not reviewed their mortgages for some time to do so. “Switching your mortgage has become a lot easier than in the past. If in doubt contact your broker who will undertake the work for you,” he said. Noting the difference in interest rates for SMEs borrowing less than €250,000 he said:   “Irish SMEs are being absolutely fleeced at a time when they never more needed support. If we accept that mortgages in Ireland are different and that is justification for higher rates, then logic would indicate that SMEs must be unrecognisably different from their Euro area counterparts. That is a difficult logic to accept and policymakers need to put on greater pressure” he said.

Below: Comparisons between Ireland and the euro area average for SME loans and for mortgages.