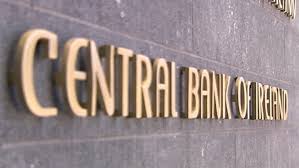 Q1 2020 represents the first quarter of the SME and Large Enterprise Credit and Deposit series impacted by the COVID-19 crisis, with the first known case in Ireland confirmed in late-February and the subsequent containment measures from mid-March. Impacts that are more significant are expected in the next quarterly update, which covers a lengthier period of lockdown measures.  Overall, gross new lending to SMEs declined with €781 million during Q1 2020, for SMEs in the core sectors, i.e. non-financial, non-property related sectors, the lowest amount of loans forwarded over a quarter since the series began. Gross new lending to all SMEs was €1.1 billion during the quarter, recording the lowest volume since 2016.

Interest rates on loans to SMEs

In this release ‘core’ sectors are all non-financial, non-property related sectors.

‘Property’ is made up of the construction and real-estate sectors.

‘Private sector enterprise’ refers to enterprises of all sizes, and therefore encompasses both SMEs and large-sized firms.

Gross new lending excludes restructures or renegotiations, which do not increase the size of outstanding loans. It does include new funds drawn down following a restructure or renegotiation of an existing facility that were not included in credit advanced at the end of the previous quarter.

The reporting population for interest rate statistics are those credit institutions with a significant level of lending or deposit business with households or non-financial corporations. All other SME statistics are collected from the full population of resident credit institutions. Although the interest rate data are collected from a sample of institutions and the coverage of the SME market is very high, gross new lending volumes underpinning the interest rates and volumes data will not match exactly. The reporting population is monitored under Regulation ECB/2014/30.

For further detail, please see the Business Credit and Deposits webpage for:

[1] See Note 1 for the definition of SMEs and other groupings used in this release.

[2] See Note 2 for the definition of gross new lending.

[3] Repayments are a derived proxy series.