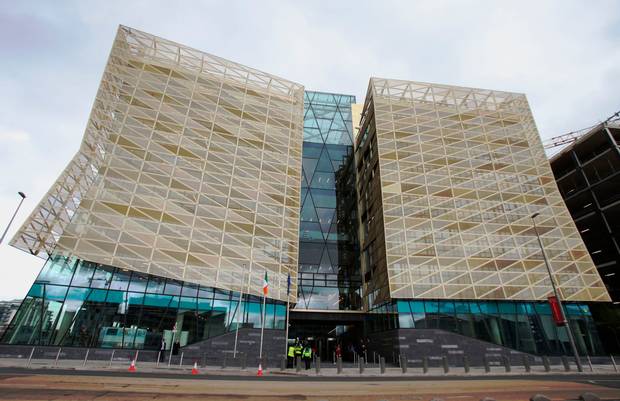 The reports provide an overview of the key activities and work undertaken by the Central Bank, working in the public interest to safeguard monetary and financial stability and to ensure that the financial system operates in the best interests of consumers and the wider economy.

Highlighted below are some key points relevant to intermediaries:

Thematic inspections of retail intermediaries which act as MGAs on behalf of motor insurers focused on ensuring that all policy and associated documentation make it clear to consumers who their insurer is and where their insurer is located. The inspection highlighted a number of key issues, noting that MGAs did not make consumers sufficiently aware of the name of their insurer and its country of incorporation. Furthermore, in a majority of cases, plans to deal with an insurer exiting the market were not formally documented by the MGA. As a result of the thematic inspection, formal supervisory requirements with specific timelines for remediation were imposed on those MGAs where the Central Bank identified areas of concern.

Most notably, meaningful engagement was undertaken with European colleagues on the implementation of the Insurance Distribution Directive (IDD) for the retail intermediary sector in a post-Brexit scenario.

The Central Bank published its report on Consumer Attitudes and Behaviours in Motor Insurance. The purpose of this research was to gain an insight into consumer understanding of the identity and location of their motor insurer (including where motor insurance may have been bought through a retail intermediary acting on behalf of the MGA). The research also looked at the key influences on choice of motor insurance providers, as well as information on consumer satisfaction with the service received. This work was undertaken to support and inform the work of the thematic inspection of retail intermediaries acting as MGAs. As a result of the thematic inspection, formal supervisory requirements with specific timelines for remediation have been imposed.

The chart below sets out the funding requirement for each industry funding category in 2018. It illustrates the relationship between the funding requirement and the associated populations for each category. The funding requirement is a consequence of the underlying regulatory cost and appropriate recovery rate. In this regard, banks which participated in the Eligible Liabilities Guarantee Scheme in 2009 have, since then, fully funded the costs associated with their regulated activity. This, along with the underlying cost of their regulation, helps to explain why this category contributes more than other categories. In some instances, high funding values arise from relatively low population counts (e.g. banks) whereas, in other instances, the opposite holds true – some high volume categories represent a relatively low proportion of overall funding (e.g. retail intermediaries).

At end-December 2018, there were 953 full time equivalents (FTEs) involved in regulatory activities, up from 839 in December 2017. The increase in staff in 2018 was principally attributable to: 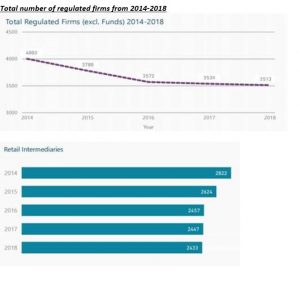