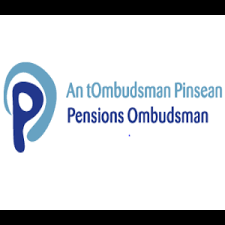 Ombudsman highlights the importance of consumers understanding the extent of their health insurance cover and the waiting periods that can apply for new cover, or after an upgrade.

15 November 2022: The Office of the Financial Services and Pensions Ombudsman (FSPO) has published a Digest of Decisions on private health insurance complaints. This Digest provides summaries of decisions issued between 2018 and 2022 and highlights the difficult circumstances experienced by consumers which lead to a complaint to the FSPO.

Commenting on the publication of the Digest, the Financial Services and Pensions Ombudsman (Acting), MaryRose McGovern, said:

“Private health insurance can represent a significant amount of a household’s budget, on average being in the order of €1,410 per adult, per year. This insurance provides peace of mind to many, by providing supplementary access to both public and private hospitals, and outpatient care, to limit the financial impact of the cost of medical treatment that may be required. Recent research carried out on behalf of the FSPO[1] revealed that 51% of participants reported having private health insurance.

Some consumers who purchase private health insurance are not familiar with their cover or do not understand how waiting periods can affect their ability to make a claim on their policy. As with all financial products, it is so important to understand what you are buying and to be aware that not all insurance policies are the same.

The level of hospital cover and outpatient cover is at all times determined by the type of plan chosen by the consumer. With more than 300 different plan options available, there is tremendous choice in the health insurance market, but it can be a challenge to select the best level of cover to suit individual needs. Our recent market research also revealed that 27% of participants who held health insurance felt they had a poor understanding of the cover on their plan, in contrast to 15% who felt they had a very good understanding.

Complaints brought to the FSPO highlight that people are not aware that medical investigations, X-rays or blood tests, which were required before they took out cover, can result in a condition being defined as being pre-existing. The policy holder may not believe that there was a pre-existing condition, because it had not been given a name at the time of the investigations. It is important for consumers to be aware that a pre-existing condition can exist, without a formal diagnosis, and it is the signs and symptoms within the period, which are relevant”.

The Digest highlights the wide range of issues giving rise to complaints concerning private health insurance and the difficult circumstances leading to those complaints. Some examples of directions made by the Ombudsman in the decisions published include:

Ms. McGovern added, “The decisions in this Digest highlight the difficulties that can arise in understanding the complexity around waiting periods and the issues that can occur when seeking approval of cover. Issues surrounding health insurance are often fraught with additional worry and stress, very often during a period when the people involved can be feeling very unwell.

Health insurance policies will not cover you for every eventuality, so it is worth taking some time now, to familiarise yourself with your cover and its associated waiting periods before you need it. It is important that customers do not wait until they have symptoms to take out private health insurance and then expect to be covered for those illnesses.

Our recent market research showed that of those surveyed who held health insurance, 68% are aware of when their policy is due for renewal. We are approaching the time of year when many people will be thinking about reviewing or renewing their private health insurance, or indeed perhaps switching providers, particularly in light of the current cost of living pressures. It is vital that consumers take some time, before starting the renewal process, to make sure they understand the impact of any decisions they make in upgrading or downgrading their cover”.

[1] Data provided from a nationally representative sample of 1,006 adults aged 15+, undertaken by Ipsos on behalf of the FSPO in October 2022.