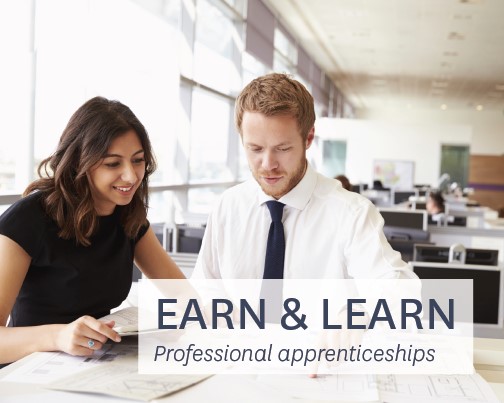 The Insurance Practitioner Apprenticeship, an initiative developed by IT Sligo and The Insurance Institute, was awarded Best Business and Third Level Institution Collaboration, at the second annual Education Awards ceremony held last night (Thursday, April 19th) at the Ballsbridge Hotel,Dublin.

The Education Awards have been designed to recognise, encourage and celebrate excellence among third level education providers across the island of Ireland, representing both State and privately funded institutions, and the inclusion and recognition of The Insurance Practitioner Apprenticeship comes as the initiative celebrates its third year in operation, and is indicative of the growing success of the programme.Dr Michael Barrett, Head of School of Business and Social Sciences at IT Sligo, commented on the importance of award means to the team;

“We are so delighted to accept such a prestigious award. The initiative was developed as a response to an Accenture report of 2015 which idenitifed a growing problem of lack of skills and shortage of talent in the insurance sector.

IT Sligo and The Insurance Institute  embarked upon a journey to address these gaps, by working with key industry stakeholders to create an accessible entry path into the industry, that would respond to the skills-needs identified, and so beneft employers, we also developed a learning model which would integrate technical, and regulatory content with business modules, to create significant value and appeal to a new generation of workers. “ 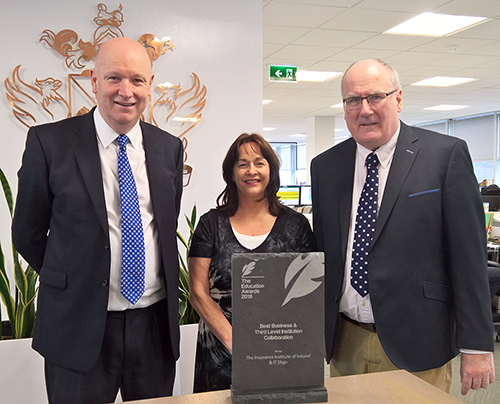 The Insurance Practitioner Apprenticeship was first launched in September 2016 and was Ireland’s first, ‘earn and learn’ honours degree programme and is Ireland’s only level 8-degree apprenticeship.

“We celebrate the award as we get ready to launch our 2018 Insurance Practitioner Apprenticeship programme. The ‘earn and learn’, three year programme will commence in September 2018, and will enable apprentices to work in an insurance company, earn a salary, while also studying for a BA Hons Business Degree (in Insurance Practice). Although the programme is still in its relative infancy, over 700 expressions of interest have already been registered by prospective students/employees, so I would urge prospective employers to act early to access the pool by registering their interest on earnandlearn.ie.”

The Government funded apprenticeship enables apprentices to complete the degree portion online through distance learning over three years. The minimum entry requirements include two honours in the Leaving Cert and a pass in four additional subjects including English/Irish and Maths. Alternatively, if applicants are over 23, interviews or other selection tools may be used.

To register your interest in the program visit earnandlearn.ie.