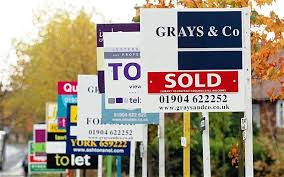 Commenting on today’s Central Bank Retail Interest Rates publication for December Brokers Ireland said the drop in the weighted average interest rate on new mortgages in December to 2.76 from 2.79 the previous month is to be welcomed, even if the rate remains the second highest in the euro area behind Greece.

Rachel McGovern, Director of Financial Services at the organisation which represents 1,225 Broker firms, said today’s data also shows the growing demand for mortgages with a 15pc increase in new mortgages year-on-year in December.

“This contrasts with the much lower activity across the Summer months. It is evidence of the strong underlying demand for mortgages and may well have been prompted by a realisation that property prices weren’t going to see predictions of a large drop in house prices resulting from the pandemic realised.” She said there are now two key issues with regard to mortgages – switching and the need for better long-term fixed interest rate mortgages from lenders. The first is more easily realised, she said. Central Bank research has identified 182,272 ‘eligible switchers’.

“Anyone who took out a mortgage in recent years and who has not reviewed is almost certain to gain substantial savings by switching. Even a 0.5pc cut in your interest rate would mean a saving of €25,000 on a €300,000 mortgage over 30 years,” Ms McGovern said.

Switching would require a new home valuation but she said the cost of that and any legal fees could be well rewarded.

On long-term fixed interest rates she said while Irish lenders have improved their offerings by introducing fixed rates for period up to 10 years, they could still do better, and extend such products for periods up to 20 years or longer.

“Mortgages, by their nature, are long-term products, for which lenders can borrow long-term and be assured of their profit margins.  The rationale is certainly there but the will may not be,” she said.

And she said it would be “unfortunate” if Ulster Bank was to exit the Irish market. “It would mean a diminution in competition in a market that is already lacking in competition, although the recent entry of Avant Money is to be welcomed.”

She said a better range of mortgage products “may have to await the opening up of a the European mortgage market, which is some time off.”

Ms McGovern said the weighted average interest rate of 2.76 pc on new mortgages is costing Irish mortgage holders  over €79,000 on a €300,000 mortgage over 30 years more than their euro are counterparts on 1.29pc (see below).