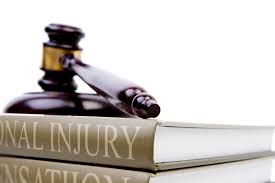 On 9 March 2021, Minister McEntee secured Cabinet approval to amend the Judicial Council Act 2019 and the Personal Injuries Assessment Board Act 2003 to bring the new Personal Injuries Guidelines into effect. The new Personal Injuries Guidelines apply to applications already made to the Personal Injuries Assessment Board except where an assessment has been made.  The Book of Quantum will continue to apply where PIAB assessments have been made, or where a hearing is already before the courts. The amendments will be brought forward through the Family Leave Bill to ensure they “can take legal effect as soon as possible”, a statement from McEntee said. The Minister intends for the Guidelines to take effect from April. The Family Leave Bill 2021 will cover the transition from the existing system based on the Book of Quantum to the new system based on the new Guidelines.

Whilst the Court retains its independence and discretion when it comes to making an award of general damages, it will be mandatory for a Court in assessing damages in a personal injuries action to have regard to the Personal Injuries Guidelines, and where it departs from those Guidelines, to state the reasons for such departure in giving its decision  The Guidelines provide for a ‘cap’ of €550,000 in respect of catastrophic injuries such as paralysis and quadriplegia and set out twelve headline categories of injuries, including some categories of injuries not considered by the Book of Quantum. Most notable amongst these is the category of ‘Psychiatric Damage’. In the past, the Injuries Board would generally not assess any claim where the injuries sustained were wholly or in part psychological and would instead issue an Authorisation permitting a claimant to issue proceedings. The most significant reductions from the Book of Quantum are in respect of  ‘soft tissue’ injuries, particularly minor soft tissue injuries, with the realignment of monetary values apparent across multiple categories of injuries.

It is widely considered that the level of injury awards in Ireland is out of kilter with international norms, including neighbouring jurisdictions. These Guidelines are an important part of the Government’s plan of reform in the area of insurance and in particular its stated aim to reduce the cost of EL and PL insurance to businesses. This is one of the aims of the SME Task Force which reported in January 2021 and it is, of course, dependent upon insurance companies taking action. These reforms are also considered essential to encouraging new entrants to the Irish insurance market, which is one of the aim of the newly established Office to Promote Competition in the Insurance Market.

Speaking on 9 March 2021, Minister McEntee said “I hope the new Guidelines will have an impact on the award of damages in personal injuries cases and bring down the cost of insurance. We’ll continue to assess the impact of the Guidelines and if we need to take further action, we will”.

Brokers Ireland is arranging a webinar for interested members on the implications of the new Guidelines. Details will be advised to members shortly.