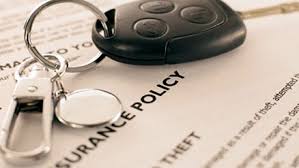 In this week’s second and final report of the Personal Injuries Commission chaired by former High Court judge, Nicholas Kearns, a lot of attention has been paid to the new statutory Judicial Council to provide guidance on award levels, but given the questions raised by Mr Kearns himself on the workability of the recommendation it could be some considerable time before we see an impact on what he himself has described as Ireland’s “runaway claims culture”, Brokers Ireland has said.

Rachel McGovern, Director of Financial Services at the organisation which represents 1,250 broker firms said: “Mr Kearns has acknowledged that if judicial guidelines don’t work politicians will need to enact legislation to cap damages. While the Law Reform Commission is looking at this issue Mr Kearns predicts there could be difficulties around the issue of separation of powers between the legislature and the judiciary.

“Therefore we’re at the stage of hoping that the Judicial Council recommendation in this week’s excellent and frank report from Mr Kearns and his team will actually work in practice,” she said.

Ms McGovern said given the questions hanging over the likely effectiveness of the judicial guidelines there needs to be a strong focus meanwhile on the Commission’s other recommendations, such as that in cases where an insurer deals directly with a claimant, no offer in settlement or payment of a personal injury claim should be made unless and until a medical report has been obtained.

“And the establishment of an Irish Garda Fraud Investigation Bureau along the lines of the Insurance Fraud Enforcement Department (IFED) in the UK, needs to be done, as Mr Kearns recommends, without further delay.

“A radical improvement is needed to address the situation where consumers and businesses are paying exorbitant rates for insurance cover, and in some cases are unable to get cover, and others are getting away with fraudulent and exaggerated claims.”

She said the deployment of suitable strategies, including technological strategies, to prevent and detect fraudulent and exaggerated claims will be important but may take time.

“The high cost of motor insurance is having a negative impact on consumers, on businesses, on community activities and economically. It is in all our interests, except those with dishonourable intent, that the Commission’s recommendations work,” she said.  “Under the current system genuinely injured claimants are being made to feel like they are engaging in fraudulent activity by claiming what is rightfully theirs and that is unfair.”