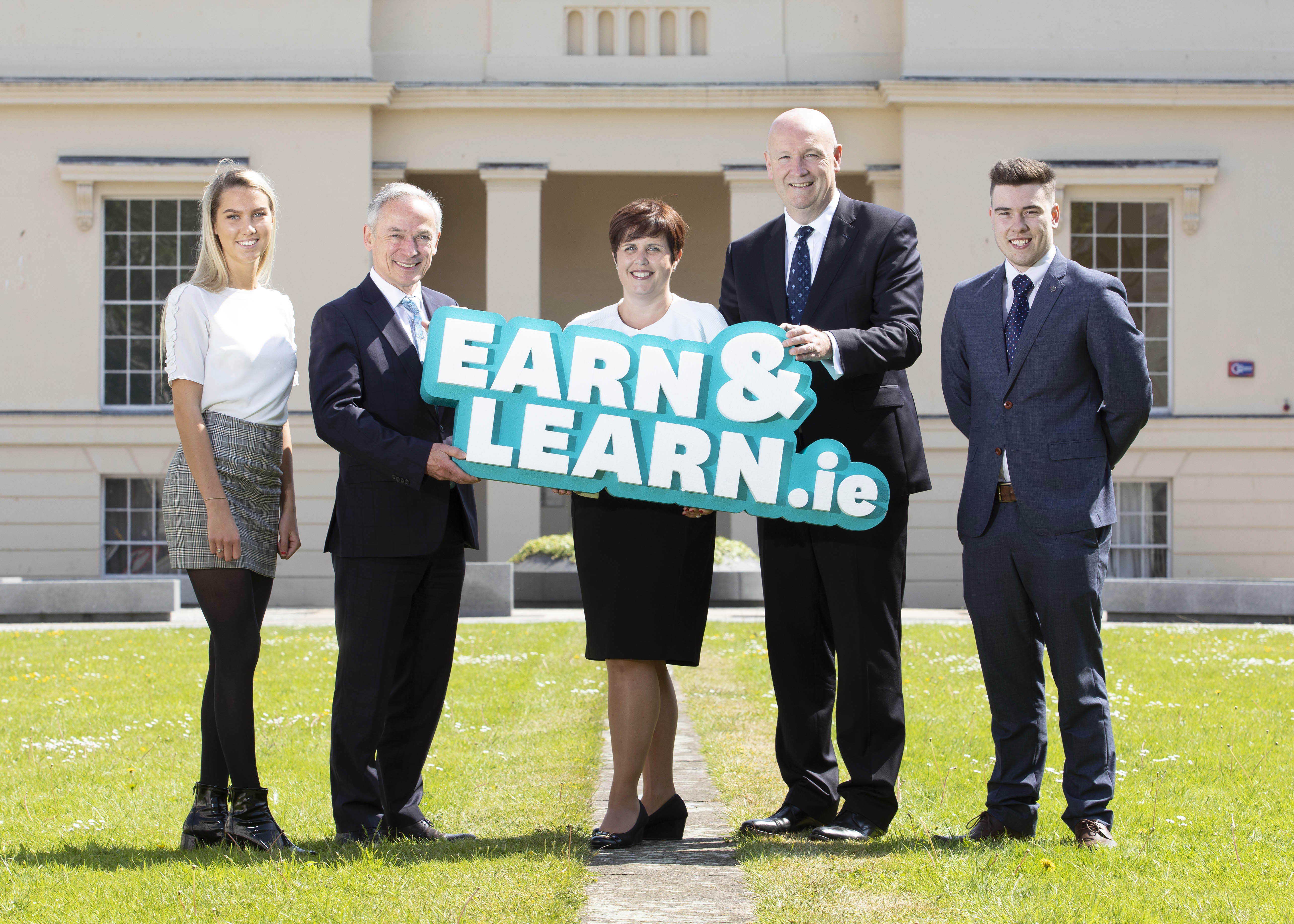 Research released this week by The Insurance Institute, found that 87% of 18-34 year olds surveyed (who are currently in employment) agree that a college/third level education system is not suitable for everyone, 10% higher than this time last year. 21% of parents surveyed also feel that an apprenticeship is the best way of ensuring a successful working career for their children.

This attitudinal shift correlates with a significant increase of worry reported by 18-34 year olds when choosing a third level option, with the cost, and the affordability of education highlighted as causing the most concern. 83% of the same cohort agreed that an educational approach which allows them to earn in an industry is appealing, an increase from 76% in 2017.

The research was released to support the launch of the 2018 Insurance Practitioner Apprenticeship, now in its third year and Ireland’s first level 8-degree apprenticeship.

The initiative, which was awarded Best Business and Third Level Institution Collaboration with IT Sligo earlier this year at the annual Education Awards, is an ‘earn and learn’, three year programme commencing in September each year. The programme enables apprentices to work in an insurance company, earn a salary, while also studying for a BA Hons Business Degree (in Insurance Practice).

“Developing pathways to education will be key to achieving our ambition to make Ireland’s education and training system the best in Europe by 2026. We as a Government are dedicated to developing apprenticeships and have committed to more than doubling the number of new apprentices registered to 9,000 by 2020 and expanding further into new areas. Budget 2018 allocated €122m to apprenticeship training, an increase of almost 24% to deliver on this goal.

Now more than ever there are really fantastic opportunities in apprenticeship. Not only are we growing the traditional craft-based programmes after their demise during the recession but new industries are now embracing the apprenticeship model for the first time, giving people great opportunities to ‘earn while they learn’ in really exciting new areas.”

The research was conducted through an online survey across a nationally representative sample of 296 adults aged 18-34 and 345 parents of dependent children under the age of 18, to compare attitudinal shifts towards perceptions of apprenticeships, as well as investigate considerations in relation to third level education and career choices.

The survey findings reveal that:

There has been a positive increase in the proportion of 18-34 year olds who claim they would be likely to choose an apprenticeship if it was available in an area/industry that interested them, 16% of respondents felt there was not an apprenticeship of interest or relevance available to them in 2017, and this number has increased to 28% in 2018. Key areas of interest reported were social and community services (22%), education (20%), science (16%), healthcare (15%) and business and marketing (11%).

The research also investigated the influences on, and resources of younger people when making important decisions;

Commenting on the findings of the research, Dermot Murray, CEO of The Insurance Institute, said,

“We are so delighted to see the growing interest and positivity towards apprenticeship schemes in general, and in the Insurance Practitioner Apprenticeship programme specifically. The initiative was developed along with with a dedicated team from IT Sligo, and the help of The LIA (Life Insurance Association) as a response to an Accenture report of 2015 which idenitifed a growing problem of lack of skills and shortage of talent in the insurance sector. The welcome reception the initiative has received, which includes recognition as the Best Business and Third Level Institution Collaboration, at the Education Awards,  coupled with the growth of the Insurance Practitioner Apprenticeship, is indicative of both the necessity and the success of the programme.”

“The ‘one size fits all’ approach to education and professions is no longer appropriate or beneficial. The Insurance Practitioner Apprenticeship scheme marries the traditional benefits of an apprenticeship; practical work experience, one-on-one mentoring, and the development of a professional network, with the innovative and progressive benefits facilitated by advancements like distance learning. The bottom line is that our student/employees earn a good wage while working towards a level 8 honours BA degree, and our employers from both the general and Life Insurance sector, get access to a pool of candidates who are engaged, hungry, and driven. I would urge prospective employers and potential apprentices to act early to access the pool by registering their interest on earnandlearn.ie”