Home » News » The Fight Against Fraud

The Fight Against Fraud 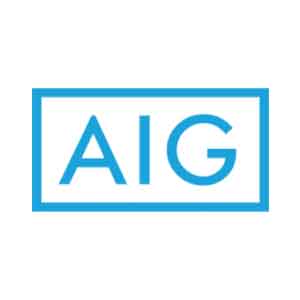 Jim Lynch, Head of Claims at AIG Ireland discusses the current fraud landscape, how it’s evolved and the steps we are taking to combat this issue.

Could you just tell us a little bit about your background, your role and how you got into insurance?

I have been working in insurance for over 30 years and have always had a strong interest in claims as I find it an extremely exciting and challenging. It involves having good people and problem-solving skills in a time of crisis, whether it’s dealing with individual or business cases.
I first started my career in insurance in the early eighties with PMPA insurance, who were the biggest motor insurer at the time and who later became AXA. Then, I worked for a leading liability adjusting firm, where I was exposed to a vast array of challenging liability claims which allowed me to grow my technical skillset further.
I have been with AIG Ireland for over a decade and lead a team of 80 people in the Claims Department. I work closely with various teams on our most challenging claims across all lines and it is my role to ensure the operational and technical management of the team. Within my role, I aim to identify issues that may arise in certain scenarios, working alongside the various claims teams to come up with a solution that works best for our brokers and clients.
An integral part of my role is analysing claims trends we are experiencing. Currently a very popular topic is cyber. It’s a growing area from a claims point of view and AIG are at the cutting edge of providing the market with claims trends that will ultimately impact on how our clients view this ever evolving threat.

What does the current fraud landscape look like in Ireland?

I believe fraud is at an all-time high for the insurance industry in Ireland. We are seeing increased volumes of fraud claims particularly in the motor bodily injury space over the last number of years. As a member of the Insurance Ireland Claims Working Group, I am a strong supporter of the Government’s initiatives to reduce fraudulent claims and fully support the recommendations of the Cost of Insurance Working Group Report. We are delighted to see the courts now taking on the fraud issues and dismissing a number of cases that come before them. Some progress has been made but there is a long way to go.

Has this evolved over the years?

Fraud has always been a problem for the industry, however fraud claims volumes have never been as high and these have become a lot more sophisticated in how they are developed. One trend we’re experiencing more frequently is “fraud tourism”. Typically we see individuals who will come to Ireland for the day with the intention of staging an accident with a rental car. It’s frustrating to see the cost of insurance rise due to the actions of some individuals looking out for their personal gain rather than assessing the wider impact to society.
In 2003, a one year old whiplash injury was €7,500 and now it’s at €16,000 (according to the latest Book of Quantum). Due to this significant increase, there is now an even greater incentive for individuals to carry out fraud-like activity. Ireland is out of step with the rest of Europe when it comes to whiplash compensation, for example in the UK; a one year old whiplash injury is £3,000 and in France it’s €3,000.
Apart from whiplash injuries, a number of other values are excessive compared to the Europe. For example an Irish claimant can expect to receive up to €54,000 for a minor ankle injury, the equivalent injury warrants only €14,000. Similarly, in the UK, a minor finger fracture could result in an award of €4,000 but is potentially worth up to €16,600 in Ireland.

What measures are in place to help tackle it and are these enough?

AIG has a dedicated fraud team in-house whose day to day responsibility is identifying potential cases where exaggerated or fraud-like activity is being carried out. We have recently recruited a former member of the Garda Fraud team who is highly experienced in these cases and very much complements our existing team.
At AIG, we have a zero tolerance policy when it comes to fraudulent claims.  We have had success in the courts with a number of cases thrown out, but to date, there has been no prosecution against suspicious claimants.  We have also identified a significant volume of potential fraudulent cases that we intend to fight fully.
Separately, a growing part of our motor insurance business is providing the public with telematics products. It is a black box or mobile app that monitors driving patterns and behaviours. The data gathered assists us in the fight against fraud. For example, we have come across a recent case where allegedly multiple parties were injured in a one car/one impact accident, however the data shows not only was there one impact to a concrete pillar but 6 impacts indicating that this was clearly staged.
We have also seen a case in France where a car was originally stolen in Louth and the telematics box was able to track the location of the vehicle where we worked with French police to recover it.

Do you feel that the public should be taking a much more serious view of fraud to help tackle it?

Yes, absolutely. It is everyone’s responsibility to notify the Gardaí or fraud hotline when they witness fraudulent activity. The insurance industry has taken great strides in recent years to tackle fraud head on, however it is a societal issue and without public’s participation, we will never be able to eradicate the problem entirely.

We hear a lot about how we live in a compensation culture. How is the insurance industry tackling this?

It is important that we always stand by our customers in their time of need or crisis. We look to pay claims rather than seek to avoid them. We want all of our genuine claims to be dealt with in an efficient and timely manner, giving both our brokers and clients the best experience possible.
However, we live in a very litigious society where claims pay-outs particularly in whiplash and personal injury are the highest in Europe ; 4.4 times higher than any other European country. In AIG, 80% of personal injury claims are for whiplash. We would like to see a revised Book of Quantum for personal injury claims, as is recommended in the work carried out by the Cost of Insurance Working Group, benchmarking injury values across Europe. This will significantly reduce the incentive and reward for individuals bringing fraudulent claims to fruition.

For 2019 and beyond, what do you feel the key challenges are for the future and how might this impact the fraud landscape?

We need to eradicate cases of exaggerated and fraudulent whiplash in Ireland.  The easiest way to do this is to introduce a system of “care not cash” that exists in many countries.  People with genuine injuries are well taken care of but there is no encouragement for fraud.

1. A balanced judicial council appointed without further delay to deal with the re-calibration of injury values as a top priority.
2. Government implement all of the recommendations of the Cost of Insurance Working Group.
3. The courts handle fraudulent claims in a robust fashion with significant penalties imposed on both the individual and firms that represent them.

The industry has come a long way in the fight against fraud, but we need the support of the public, courts and government to make further progress.