Twice as many people worry about ‘money’ compared to ‘health’ 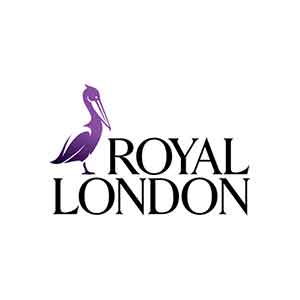 Leading protection specialist, Royal London, have asked the Irish public what is likely to be their biggest source of personal worry and what they plan to focus their attentions on during 2019. The nationwide survey of 1,000 people, commissioned by Royal London and conducted by iReach, found that money stands out as the biggest source of worry for 39% of respondents – down from 46% in 2018 (Table 1). While making health improvements was found to be the biggest priority for most people (36%), up 4% from last year (Table 2).

Commenting on the findings Joe Charles, Head of Proposition at Royal London said,

“We have been putting these questions to the Irish public for the last four years. The survey findings give an interesting read on the ‘pulse of the nation’ in a given year, as it inform us what’s worrying people the most and what are people trying to focus on in their life. In 2019, money stands out with 39% of people saying that this is their biggest source of worry. Meanwhile, in terms of their biggest focus the largest portion of people surveyed (36%) intend on making health-related improvements.”

Joe went on to say,

“Financial issues top the poll as the most common cause of worry. However, it is worth pointing out, that money worries dropped, by 7%, between 2018 and 2019, which could be an indication that, buoyed by the growing economy, people are generally feeling more secure about their financial situation.”

“36% of people said they are focused on making improvements to their health this year, followed by 26% of respondents who said they were focused on their careers aspirations.

“On a different note, 5% of people have put love-related goals at the top of their priority list this year, with our survey participants either wanting to find love, get engaged or get married this year.”

Other findings from the Royal London survey included:

Royal London drilled deeper into the research results to find out what are the differences between genders when it comes to what people say they are likely to worry about and what they plan to focus on for the year ahead.

“While there are many commonalities in the findings across genders, it’s interesting to look at the variations too. When it comes to worrying, despite dropping by 6% compared to our survey results last year, more women (44%) are preoccupied with money than their male counterparts (34%), whereas men are more likely to fret about their health (22% males compared to 16% females) and worry about work (15% males compared to 10% females).

“When it comes to the focusing on the coming year men intend to be more focused on their careers, with 32% saying it’s a priority for them, up from 23% in 2018. This is compared to 21% of women. However, women are prioritising their health, with 41% saying they are going to make improvements in this area, up from 35% in 2018, and compared to 29% of men.”

Royal London says that looking back at the survey results from the last four years gives an insight into how the Irish publics’ main concerns and focuses have or haven’t changed from year to year.

“While there have been notable changes to the results of the survey over the past four years, unsurprisingly, money has topped the list of worries consistently for the Irish public; health comes second while family follows at third. Meanwhile based on our survey results over the last four years, the top three areas of focus have remained the same since we started this survey with health, career and travel taking 1st, 2nd and 3rd position. It seems as though when thinking about what might happen in the future, money and health are never too far from peoples’ minds.

“If you have similar concerns, one way to help alleviate this worry is to ensure that you and your loved ones have sufficient financial protection in place should the worst happen. You can do this by making contact with a local Financial Broker where you can discuss your personal finances and the options available to you.”